RTE, and the production company Sideline, are running a competition called The Radio Sitcom Trials, looking for original half-hour radio comedy scripts in an attempt to encourage and develop Irish comedy writing talent. The deadline for entries is March 31st 2018. Enter here. Details and links are below. 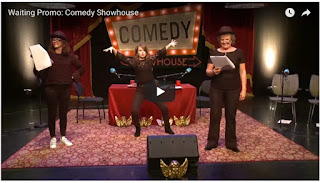 Of course, as Sitcom Trials fans will know, it's not the first Radio Sitcom Trials, as in recent years, Vince Stadon and the Bristol Sitcom Trials team have produced shows in association with BCFM Radio, and BBC Radio Bristol and we did a series of shows with Bristol Community Radio as long ago as 2004. And of course the Sitcom Trials had its run on ITV in 2003, which is like radio but with pictures. 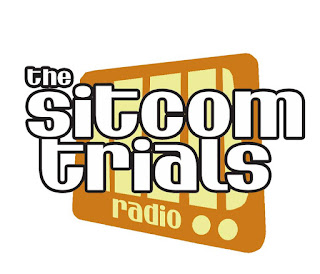 The first BBC Radio productions to come out of Sitcom Trials shows (in our earlier incarnation as Situations Vacant) were the pilot shows Come Together, starring Ben Miller, Kevin Eldon, Arabella Weir and Mel Hudson recorded in the BBC Radio Theatre in 1997, and Meanwhile, starring Ronnie Ancona and Geoffrey McGivern, in 1998. They weren't radio Sitcom Trials, but they're always nice to cast our minds back over. 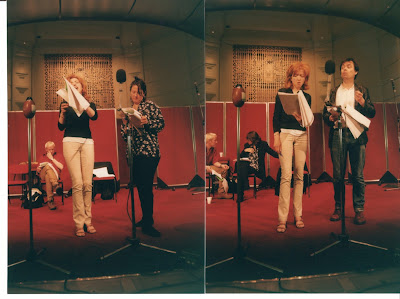 Here are the details of RTE and Sidelines' production of The Irish Radio Sitcom Trials which we here at Sitcom Trials central are happy to support.

THE 1st EVER RADIO SITCOM TRIALS

Supported by The Broadcast Authority of Ireland (BAI) and comedy website grintage.com, The Radio Sitcom Trials is a new initiative staged as part of the radio comedy festival COMEDY SHOWHOUSE. Now in its 3rd year, the 6-day festival takes place at the Project Arts Theatre from Monday, April 30th to Saturday, May 5th 2018 featuring two star-studded shows at 8pm each night.

The pilot for Fiona Looney’s all-female sketch series WAITING proved such a success that it is now being supersized as a 6-part series recorded over 3 nights starring award-winning actresses Deirdre O’Kane & Rose Henderson on Monday, April 30th, Tuesday, May 1st and Wednesday, May 2nd. Each night will feature new half-hour radio shows.


This is followed on Thursday, May 3rd for 3 nights by the much-anticipated return of the multi award-winning series COLM O’REGAN WANTS A WORD – starring the Cork-born author of the successful Irish Mammy books, best seller Bolloxology and a regular performer on stage, radio and TV. Colm is joined by two of Ireland’s best comedy actors Tara Flynn and Paul Tylak. The show has already won awards for Best Irish Radio Comedy in 2016 and 2017 plus the Celtic Media Award in 2017 for Best Radio Comedy Programme broadcast in Ireland, Scotland and Wales. Again each of the 3 nights features Colm, Tara & Paul performing in brand new radio programmes with special guests.
To further boost the production of original Irish radio comedy now RTE Radio 1 and Sideline Productions are keen to find the next wave of scripted comedy writing talent.
THE SITCOM TRAILS is a new initiative to spark a new breed of radio comedy writers. We are seeking popular scripts with laugh out loud moments with a small cast of ‘larger than life’ characters that can grab the imagination of an Irish audience. We are not looking for monologues, sketch shows or plays written originally for the stage. Scripts created originally for TV could be modified and re-written for radio. It is important though writers grasp the dramatic beats, pace and structure of the comedy radio half hour format plus recognise the creative opportunities radio production offers to comedy writers. The running time can be between 25 and 30 minutes.
Search tips and articles on writing (radio) comedy at www.grintage.com.
The strict deadline for accepting scripts is midnight Saturday, March 31st and there is no exception. If the final scripts selected (4 max) are of a required standard they will be performed and read by professional actors in front of a live audience as part of the first ever Sitcom Trails on Saturday, May 5th, 2018 in the Project Arts Theatre Dublin.
The writers of any of the staged radio scripts will receive a one-off award of €250.

The Original Official Sitcom Trials has been running since 1999, on stage in Bristol, London, Edinburgh, nationally and internationally. It ran at the Edinburgh Fringe in 2001, 2002, 2004, 2013 and 2016, and enjoyed an 8 week run on ITV in 2003. The last Sitcom Trials tournament had heats in Birmingham, Manchester, Glasgow, London and Cardiff with its grand final at the Gilded Balloon in Edinburgh 2016.