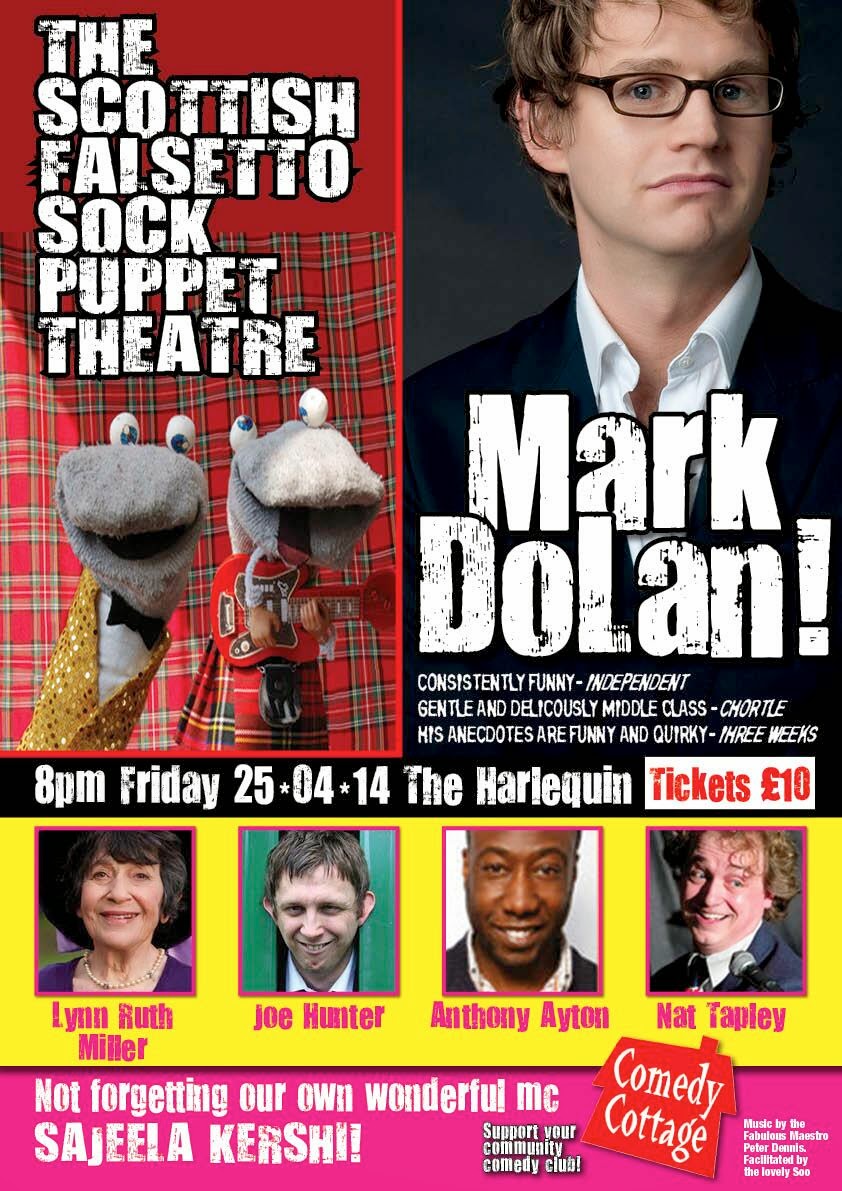 Stretching The Sitcom Trials connection to the limit (for want of any Trials news as much as anything else) there's what one might call a Sitcom Trials related double bill on in Redhill, Surrey on Friday 24th April. Mark Dolan, presenter of the Sitcom Trials So You Think You Write Funny final in Edinburgh in 2013 is on, along with The Scottish Falsetto Sock Puppet Theatre (who made their universal debut as part of the Shakespearian Sitcom Trials in 2005 and presented the Trials final in London on 2009).

That, sadly, is where the Sitcom Trials link ends, but it's always worth remembering there's life after the Trials. Stay tuned for news of the Trials themselves. 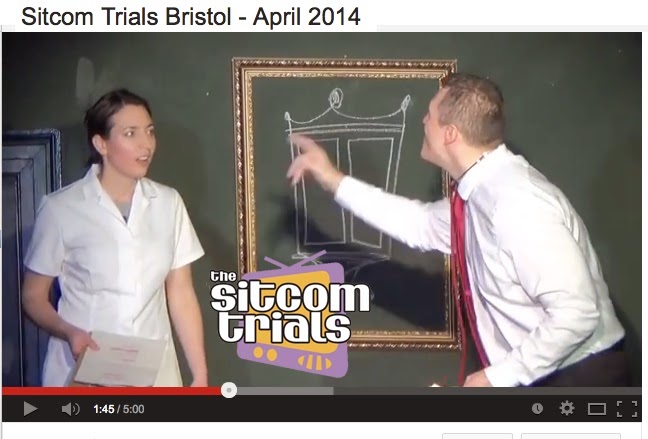 And here, for your pleasure, is a video of the highlights from The Sitcom Trials in Bristol, April 4 2014 (click to play). Five excellent sitcoms, with a well deserved winner. Enjoy the clips.

And here, with the blessing of author Rupert Aspden, is the winning sitcom in its entirety:

And I learn, via Simon Wright on the Comedy Forums, that three of the four runners up were developed courtesy of our sister show The Sitcom Mission.  Writers Gwen Cheeseman, Jen Cockburn, Aja Scanlon, Ella Vize (Amen), Joe Brand (Civil Defence) and James (And The Lord Said) Alleyne's scripts were developed through the Sitcom Mission's City Academy workshops.  Congratulations all.

The next Sitcom Trials is... yet to be announced, Watch this space, and Facebook and Twitter, for news.

Posted by Scottish Falsetto Sock Puppet Theatre (and Kev F the comic artist) at 13:54 No comments: 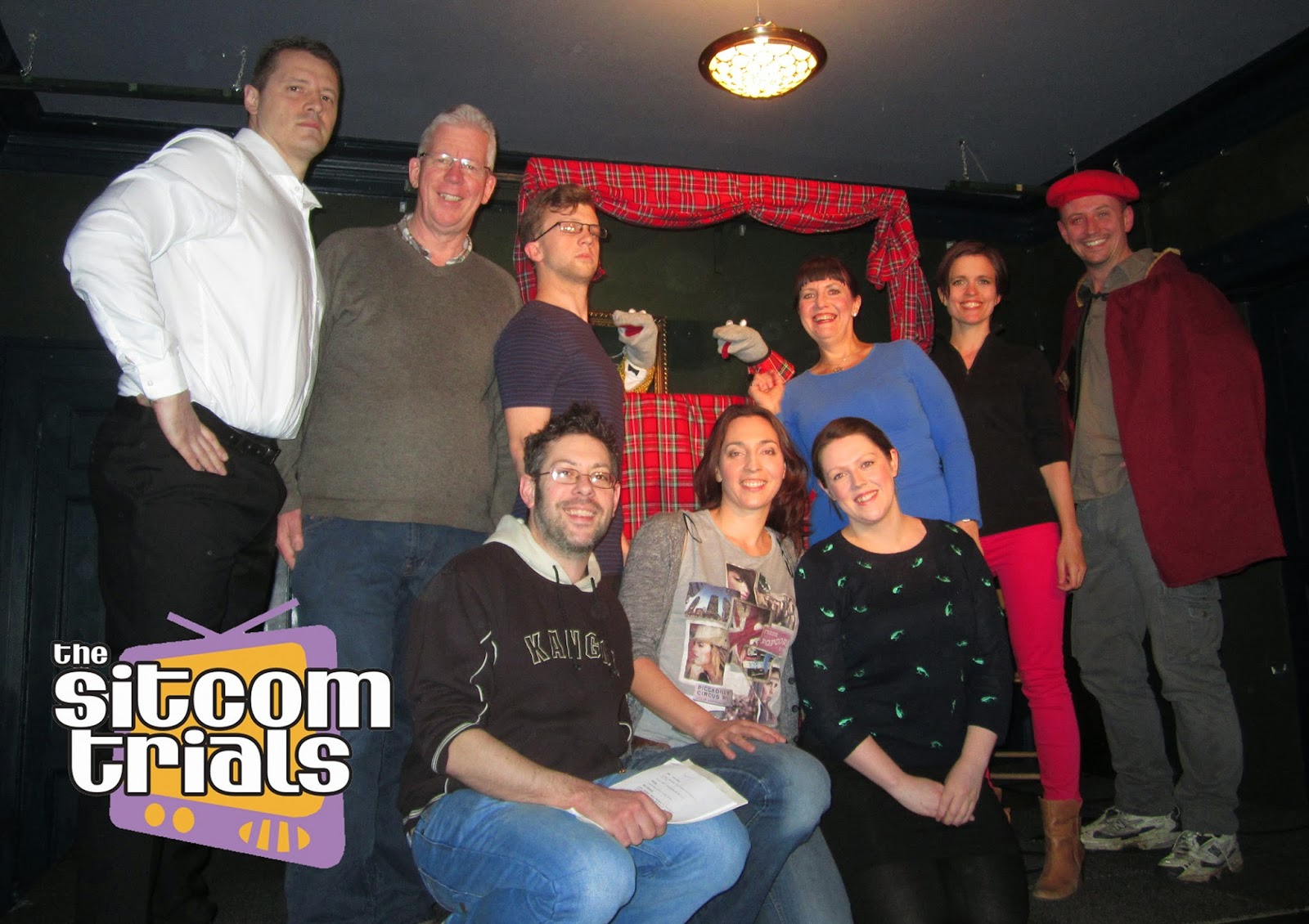 Posted by Scottish Falsetto Sock Puppet Theatre (and Kev F the comic artist) at 15:42 No comments: