Freshly unearthed from the vaults and uploaded to Youtube, a classic from the very early days of The Sitcom Trials - Band For Life performing Michael Brown.

Good Little Boy - a new play from The Sitcom Trials 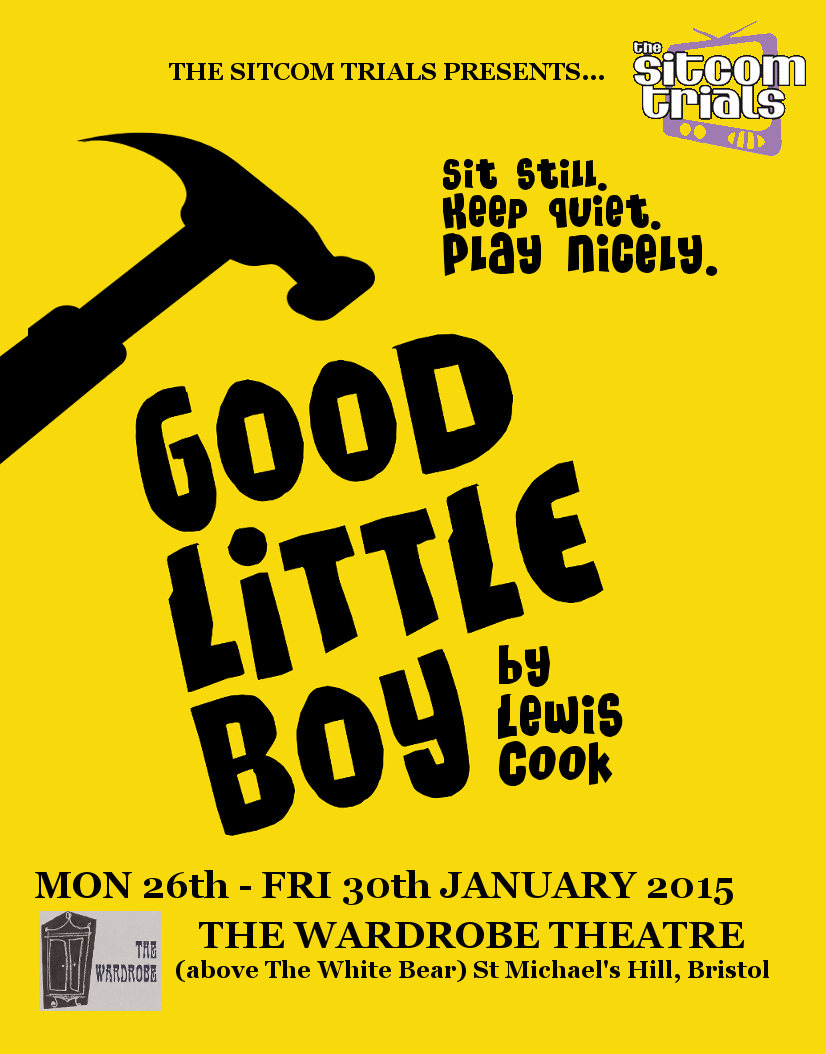 A One-Act Comedy
by Lewis Cook

Mild-mannered school janitor George is desperate to win back his estranged wife, the breathtakingly self-absorbed Lesley. But she is inexplicably attracted to a cruel and loathsome lay-about, and George finds himself loveless, homeless and hopeless.

Driven to despair and beset by loneliness, George finally reaches breaking point and, in a moment of madness, he lashes out with grave consequences. As events spiral out of control, George finds his Jenga tower of deception becoming ever more precarious.

A darkly hilarious examination of infidelity, morality and Monopoly, Good Little Boy is a funny and quirky new play from the team behind The Sitcom Trials, Checkpoint Dave, and Barbara & Jeffrey.

Good Little Boy is at the Wardrobe Theatre, above The White Bear, St Michaels Hill Bristol, from the 26th - 30th January 2015. Tickets and details here.

Writer Lewis Cook was a runner up in the 2013 Edinburgh Fringe So You Think You Write Funny? competition, held at the prestigious Gilded Balloon. A stalwart of the Sitcom Trials team – a competition he won twice – Lewis is one half of the double-act Cook and Davies, whose acclaimed sketch show Planet Earth And All Who Sailed In Her took the 2014 Edinburgh Fringe by storm.

Posted by Scottish Falsetto Sock Puppet Theatre (and Kev F the comic artist) at 02:32 No comments: