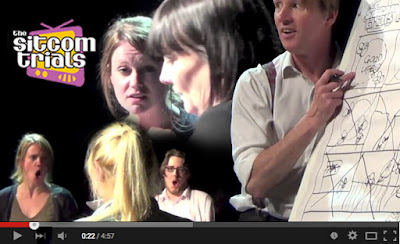 The Sitcom Trials in Manchester held their first Sitcom Trials of 2015 on Sunday night, at marvellous new venue The Kings Arms in Salford. Click on the video to see highlights.

They performed 4 scripts - The New 20 by Mark Green, Ann Dram by Daniel Page, Thrift by Ashley Frieze, and The Magic Men by Tom Smith. And the winner was...?

The winner of the audience vote was The New 20 by Mark Green. The next Sitcom Trials is in Birmingham on Friday July 3rd, see you all there. 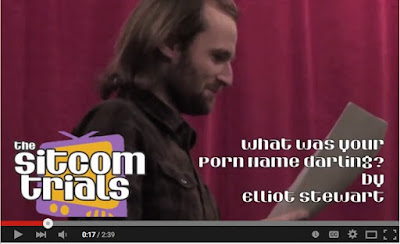 On Tuesday night the Cardiff Sitcom Trials team, aka Dan Mitchell and A Boxfull of Comedy, had a reading of some of the scripts that have been shortlisted for their forthcoming show. They also gave a brief reading to the script which ranked lowest in the online poll, the results of which you can see in the video above.

(This script, I have subsequently learned, was a deliberate exercise in writing the most offensive piece possible. Elliot and his co-writers will be delighted to learn they've succeeded).

The Boxfulls read some of the most popular scripts from the online shortlist, including a couple of their inhouse creations and have three scripts still to read at another meeting before they make the decision as to which scripts they'll do on July 28th.

Two of the favourite scripts, Agent of LOVCRAFT and Matchmakers, are written by Cardiff writers, one by a member of the cast, so they look most likely to make the final show, and went very well in the reading.

Other scripts read on Tuesday were My Boss Was In An Indie Band, The Magic Men, and Bringing In The Sheep.

The Manchester team have expressed an interest in performing:
The Magic Men
Ann Dram
The New 20
and Thrift
- in their show on June 21st. A final announcement will be made soon.

Birmingham's team, aka Aaron Twitchen and Foghorn Improv, have drawn up a shortlist of the favourites from the scripts that were sent directly to them (they didn't do an online vote). They are:
Both Sides Now - Rachel Sambrooks
My Boss was in an Indie Band - Mark Hibbett ***
Mary Godmother - Dan Sweryt
Friday Nights - Arthur Burke
The Cleaners - Richard Constable & Roger Sanders
Thrift - Ashley Freize  ***

(The asterisks show scripts that are also being done by Cardiff or Manchester). Aaron will be announcing the final line-up for Birmingham's July 3rd show shortly.

Congratulations to all the writers who've entered scripts, and thanks to the team leaders and performers in Cardiff, Manchester and Birmingham for the sterling work they've done so far. 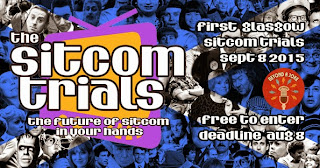 Posted by Scottish Falsetto Sock Puppet Theatre (and Kev F the comic artist) at 00:51 No comments: 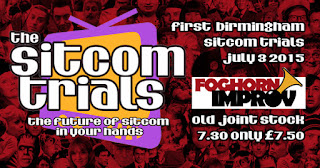 Posted by Scottish Falsetto Sock Puppet Theatre (and Kev F the comic artist) at 04:10 No comments: