The Sitcom Trials So You Think You Write Funny

Entries for The Sitcom Trials So You Think You Write Funny (below) closed on March 31st 2016. Thanks to everyone who entered. 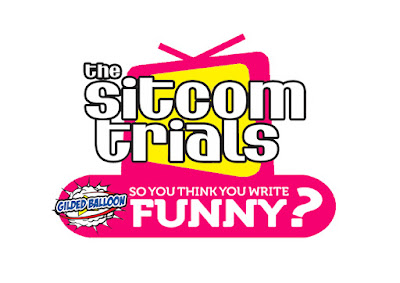 The Sitcom Trials So You Think You Write Funny 2016

The Sitcom Trials - the situation comedy showcase that has been running since 1999 - is once more teaming up with the Gilded Balloon and the legendary So You Think You're Funny competition at the Edinburgh Fringe in a quest to find the best new sitcom creators in the country.

If you think you can write a situation comedy to compete with the best on TV and radio, then we want to see it. Entries are welcomed from writers and writer-performers based in the UK and Ireland (see terms and conditions below). A shortlist will be chosen by our team of producers, script editors and previous winners and will be showcased in heats across the country. The finalists from these heats will be presented in a Grand Final at the Gilded Balloon at the Edinburgh Fringe, attended by the cream of the broadcast comedy industry, with the winning sitcom and its creators being awarded a slot at the following year's Fringe.

Heats will be taking place in Glasgow, Birmingham, Cardiff, Manchester and London. Entries are invited now, the deadline for entries is March 31st 2016.

Sitcom scripts are invited from any writers and writer-performers based in the UK and Ireland.

Writers who have entered The Sitcom Trials before are allowed to enter new scripts, but no scripts that were entered in the last SYTYWF tournament in 2013 can be re-entered.

Scripts must be written to the Sitcom Trials Format, which enables us to perform a number of mini-sitcoms in a competitive show. This format consists of a 10 minute comedy, ending in a "cliffhanger" moment (as if it were the ad break in an episode). This is to be followed by a short 2 to 3 minute payoff scene. If chosen, we will perform the 10 minute portion of the sitcom, then the audience will vote for their favourite and we only perform the ending of the sitcom that wins the audience vote. (The audience vote does not decide which sitcom goes through to the final, or which sitcom wins the final. That is decided by a panel of judges).

Each sitcom, written to the Sitcom Trials Format, must be performable by a cast no bigger than 4 actors.

These sitcoms are going to be presented on stage in front of a live audience, so they must be written (or tailored, or re-written) with that in mind. There is no point in including scenes that rely on locations, filmic direction, and elaborate visuals or props. We try and avoid the reading-out of stage directions, so, often, writing your script as if it were a radio comedy makes it more likely to be performable.

Writer-performers. As well as accepting scripts submitted by authors, we are also accepting entries which the authors wish to perform themselves. (As an example, our 2001 Edinburgh show featured Miranda Hart in her self-penned sitcom about running a novelty shop & fancying the cafe owner next door; and other winners have included double act McNeil & Pamphilon (2009) and comedian Rosie Holt (2013) in self-written star vehicles).

Writer-performers, if they are to perform their sitcom, must provide their entire cast. If chosen, their segment of the show will be under their own direction, but subject to the overall production of The Sitcom Trials.

Writer-performers will need to provide video evidence of their performance, along with their entry. This can be a Youtube or other online clip of them performing either the script that's being entered, or any other comparable work. This is by means of an audition.

All scripts must include:
1) Name and contact address of writers (we will need this to help choose the appropriate venue for heats, if chosen)
2) Cast of characters with character descriptions
3) Any links to videos for writer-performed entries

The Sitcom Trials organisers reserve the right to select all entrants and decisions taken by the organisers and judges are final.

The deadline for entries is March 31st 2016. Updates and further details are at sitcomtrials.co.uk and via Facebook & Twitter

Posted by Scottish Falsetto Sock Puppet Theatre (and Kev F the comic artist) at 01:27 No comments: