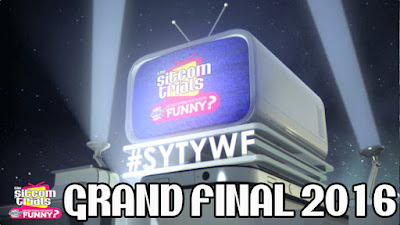 Thanks and commiserations to all the writers, producers, directors and actors - and indeed the audiences - who've made the 6 Heats of the Sitcom Trials So You Think You Write Funny such a success.

After deliberation and consultation, I've chosen, as the final five entries in the Sitcom Trials Edinburgh Final:


The final is on Tuesday August 23rd, 10.30pm in the Sportsmans Bar at the Gilded Balloon, Teviot. 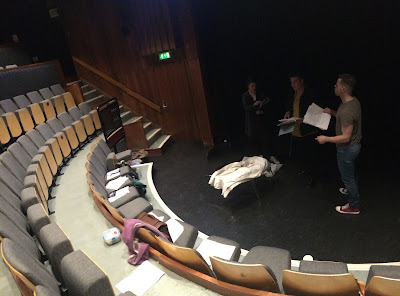 The quality of entries in this year's competition was higher than ever before, and I want to thank everyone for the work they've put in. Special thanks to the teams across the country who staged these scripts, and to those writer-performers who put their own performing troupes together. This made the quality of presentation amazingly high, and thus all the more galling for those who've ended up not making the final.

I'd like to invite any and all of you to enter the Sitcom Trials again. We will hopefully be running shows, not as a tournament like this, but as stand-alone showcases giving you the opportunity to test out work in front of a live audience. So if you'd be interested in continuing with that process, please keep in touch with me.

I look forward to seeing as many of you up in Edinburgh as can make it, all the very best 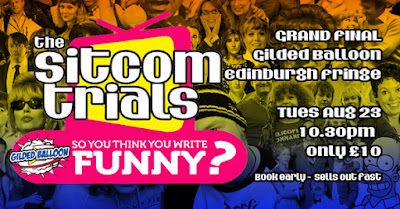