Writers entering scripts for the The Sitcom Trials - So You Think You Write Funny might be interested in this Word Cloud, a graph put together by James Parker, producer of 2009's Autumn season of The Sitcom Trials. It shows the most popular sweary words used in the hundreds of scripts entered. Will your scatology, blasphemy, and invective be more original than these? Think on... 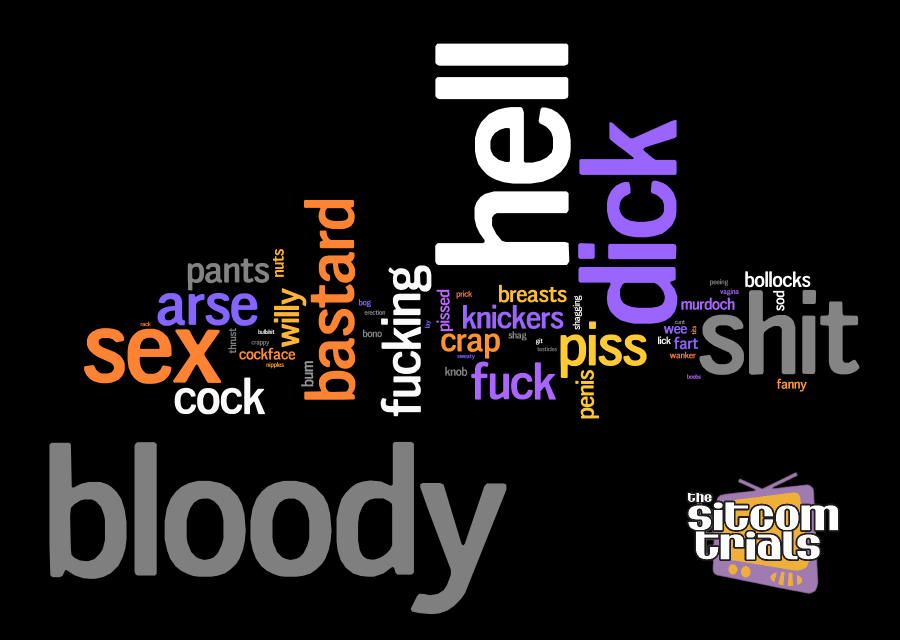 If you would like to create the next great sitcom, The Sitcom Trials - So You Think You Write Funny is running throughout 2013. The deadline for entries is March 31st, with heats in London, Bristol & Manchester and a grand final at the Edinburgh Fringe. See here for details.